Threat Detection and Prevention | Your Guideposts to Staying Safe 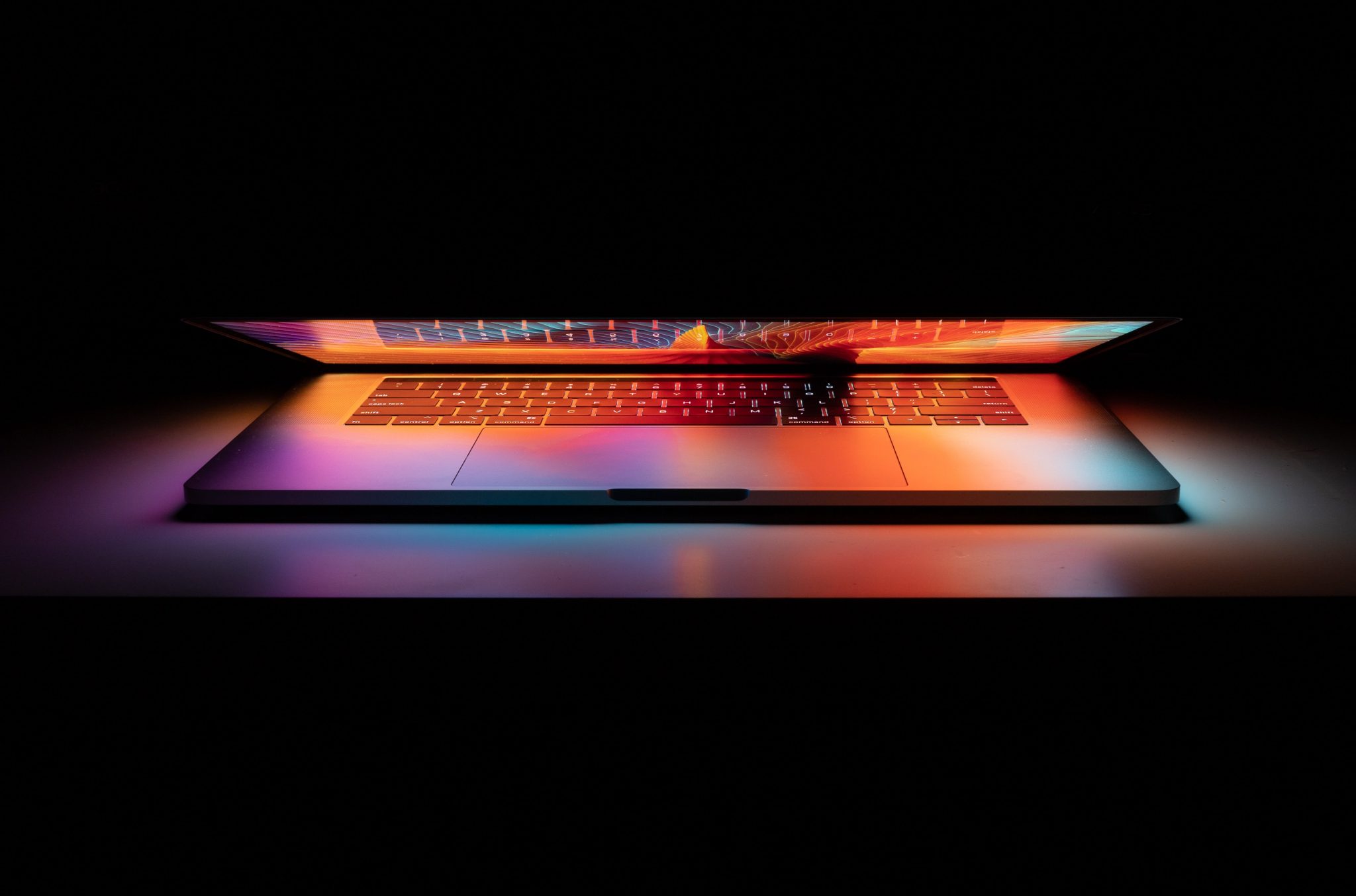 Threat detection is a critical aspect of cybersecurity protection today. The importance of threat detection increases as quickly as bad actors adapt attack methodologies. A strong threat detection strategy has the ability to stop an attack before it becomes a breach. This is essential to minimize damage and financial loss to both the business and customers alike. The first place to begin is by really understanding what threat detection is.

What is Threat Detection

Generally, the threat detection process scours information and data from all aspects of a company, organization, or institution to identify irregularities. These irregularities are then examined to determine whether or not they are malicious and a potential threat. The process will continue by searching for the extent of any damages as well as the source of an attack. At this point, the incident response plan will launch. A team can then begin to act and create an effective solution to eliminate the threat as quickly as possible.

Threat detection can be automated, manual, or a combination of both. Each entity must determine which tools are best for its needs and budget. One essential component to all threat detection and prevention plans is to use real-time practices to detect intrusions promptly. The process of threat detection should encompass a variety of activities, such as:

Threat detection can be effective through a number of different practices. Much like all technology-based solutions, a one-size-fits-all approach is simply not an effective practice in most instances. Systems, networks, and devices should use custom plans as the types of threats and levels of threats are unique to each technology area.

The same is true of each department within an organization. Certain aspects of the business are more vulnerable than others. And as a result, such business areas may require more aggressive solutions. The industry of a business might also influence a threat detection strategy. The way bad actors attempt to exploit industries may vary from one to the next.

Many Benefits of Threat Detection - Why You Need It

The need for threat detection is as high as any other security protection and protocol. These processes play an essential role in stopping attacks before they cause irreparable harm. By containing malicious intrusions in a timely manner, companies can mitigate such risks from leaking into other areas of the business. An uncontained attack can have a trickle-down effect that disrupts an entire organization. This can result in the loss of thousands or millions in sales, customers, and branding.

Generally, the damage from undetected threats has the ability to affect nearly any aspect of a company, including networks, systems, devices, branding, consumer confidence, customer loyalty, and supplier relationships. Threat detection is one of the best practices in mitigating risks and vulnerabilities. As such, the creation of an effective and efficient threat detection strategy is essential to the long-term success of any organization.

Each of these benefits is essential to the long-term success of an organization. Consider downtime. Oftentimes, when a breach occurs, a company must shut down at least some portion of operations, if not all, until the threat is contained. This downtime might lead to loss of production and productivity and loss of sales. It is also possible that a company may have to lay people off until the organization returns to regular operations. As a result, talent may flock to the competition due to the uncertainty of employment after a breach.

An often overlooked benefit of threat detection is the importance it has on preventing attacks from spreading to other areas of systems and networks. This type of containment might just be the difference between a company staying open or closing its doors. Threat detection is also a critical aspect of updating processes and procedures in prevention, detection, identification, response, and recovery.

Cyber threats are ever-changing; yet, several types of threats remain quite prevalent. By now, many people might be somewhat familiar with malware, viruses, ransomware, and phishing. Passwords are also a well-known common target. These prevalent cyber threats still exist because they remain highly effective. The sophistication, resilience, and adaptability of cybercriminals remains steadfast. Such criminal prowess forces organizations to also continue to evolve and adapt threat detection techniques to mitigate the most recent attack methodologies. As such, effective types of threat detection may only remain relevant during a window of time.

While some threats are more well-known than others, lesser-known advanced persistent threats are equally as dangerous. The following are some more advanced threats:

Threats can come from anywhere and through almost any access point. Advanced cyber threats go beyond attempting to prey on human behavior. Such attacks will try to gain entry in a more inconspicuous manner to cause havoc or to steal critical data, trade secrets, proprietary information, and more.

Do not forget about IoT. Yes, even printers, coffee makers, video surveillance and Alexa can offer entry to cybercriminals as a way to access a network or system. It is not always company devices, networks, and systems that become targets. Companies also often forget to secure employees’ personal devices. This is another way attackers like to breach an organization.

Employees might access the company network or system with their personal phone or access company information while working from home or checking emails. Sophisticated cybercriminals will pursue attack strategies in every way possible to complete their mission. However, organizations with the proper protections in place will often deter criminals so that they move on to an easier target.

Insiders within an organization remain the leading cause of successful attacks. These insider threats are often accidental due to human error. However, certain insider threats are intentional. As per the Department of Homeland Security (DHS), these intentional insider cyber threats have specific agendas, such as theft, sabotage, espionage, competitive advantage, and fraud. DHS left out a few other powerful motivators, which are revenge and profit. Regardless of whether a threat is unintentional or intentional, it is a must to have a solid insider threat detection plan of action.

The best way to minimize internal threat risks is to prioritize insider threat awareness. These education initiatives help team members understand the best way to prevent making critical errors. It will also arm employees with the know-how to spot potential intentional insider threats and the steps to take in such scenarios. Insider threat indicators are an early detection strategy that often helps save companies from successful insider attacks. Such indicators might include:

Internal threats may not always be an employee. Building employees and service personnel are also possible insider threat actors.

A threat response plan is an essential part of doing business for three primary reasons, including data protection, damage minimization, and rapid recovery. The right threat response plan will be unique to each company. It will also be important to update these plans several times a year as threats adapt and evolve and to stay current on the latest threats.

Threats can reach all sectors and departments of a business. As such, an effective response plan must incorporate all organizational aspects, including insurance, PR, suppliers, partners, outside entities, legal, logistics, employee communication, compliance, finance, and more.

Having a plan and incorporating prevention practices should be the first line of defense. During the preparation phase, it is important to document and outline the entire plan. This stage must also include a detailed list of each team member’s roles and responsibilities and the purchase of any necessary devices, software, team members, etc. A security policy should also be put in place at this point with support and approval from executives. Do not forget to include threat prevention practices.

To be able to identify potential threats before they become a breach, it is essential to constantly be monitoring systems, networks, and devices. Once a malicious threat is discovered, perform an analysis to determine the extent and severity of the threat. The threat response plan should include an alerting and reporting strategy. It is essential to contact the right people with the right information to be effective and efficient.

Response is about containment and neutralization as quickly as possible. It may be as simple as a minor triage situation or as disastrous as a companywide threat. In some cases, it may be necessary to prioritize several security incidents. Throughout the response, it is critical to complete a risk assessment to determine the right response for the right situation.

The recovery phase includes eradicating the threat. This might include implementing patches or updates, changing passwords, and closing access points. Improvements should be made to all cybersecurity plans at this point to address any proven weaknesses. An extensive vulnerability analysis should be performed. Incident reports must be written and submitted to decision-makers. Standard cybersecurity practices should remain in place throughout this process, such as memory dumps, gathering logs, tracking network traffic, disk images, and audits. In the end, recovery is not complete until everything is as secure, if not more secure, than before the threat detection.

A threat response plan is not complete without following up on previous security incidents and updating practices. During the follow-up portion of the plan, it is also important to communicate the extent of the threat’s impact on the organization. Once recovery efforts are in place, it is important to follow up with each area of the business that was affected during the incident. If vulnerabilities are discovered, it will be essential to update strategies and processes. During the follow-up process, it is also important to communicate any lessons learned from incidents.

Sum it all Up December 15, 2021
keep reading
What is Phishing and How to Prevent It