What is Geofencing? Everything You Need to Know

Geofencing can be used in a number of industry, retail, and educational settings to control everything related to device movement. Get to know this flexible, and resourceful technology! 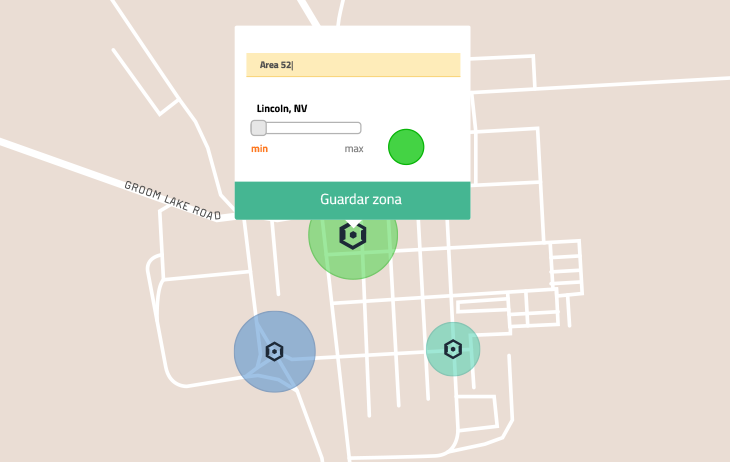 What is Geofencing and How is it Used?

Geofencing can be used in a number of industry, retail, and educational settings to control everything related to device movement. Get to know this flexible, and resourceful technology!

Geofencing technology is a recurring subject in our blog because it’s something that we really believe in. The Prey app includes geofencing to rein in on everything related to the movement of devices in your network.

A geofence is a virtual, dynamic fence. Geofencing is using that fence to create a perimeter of some sort. The most simple type of geofence is a perimeter around a specific point. The diameter can be small –like a house– or several miles wide –like an industrial operation.

With creativity and ingenuity, companies everywhere can come up with unlimited ways to apply this technology. Take a look at some of the examples leading this technology today:

Geofences are a key component of Uber’s service. For example, the app assigns rides to the drivers closest to the user’s perimeter or location.

In 2014 the company tweaked its algorithm to optimize rides to and from Los Angeles’ LAX airport. Now drivers can only accept rides if they are inside a specific area of the facility.

Uber also uses this tool to keep drivers from clogging up parking spaces at the airport.

Walmart uses geofencing to drive sales. Its mobile app sends electronic coupons based on where users are inside their stores.

Operators can notify skiers when they are approaching off-limits areas and prevent accident.

Hikers download a geofencing-enabled app that tells park rangers where they are at any given time. This way, they can act faster in case of an emergency.

Nursing homes can set up a perimeter around their facilities and know if a resident wanders off. They can also track patients when they go to medical checkups, for example.

Workers receive push notifications when trucks enter the geofence. This way they can have everything ready before it reaches the loading area.

This is a no-brainer. By fitting your pet with a GPS collar, you can know in real-time when your furry one leaves your property.

Some movers don’t rent their trucks for long-distance hauls. Geofencing allows them to charge extra if a client takes a vehicle outside city limits.

According to a survey accessed by SC Magazine, most IT employees fear their organization does not have the necessary solutions to prevent a security breach. They believe they don’t have the budget or the expert personnel to address these threats.

This risk increases when we see that, according to the British site IT Pro Portal, 94% of businesses consider mobility a “concern,” but only 32% gas BYOD policies in place.

“Trying to support all these devices and manage them along with end-user problems is a nightmare, and a lot still has to be ironed out,” IDC analyst Will Stofega told Computer World.

We’ve done the ironing out for you!

Similar to our example above, geofencing apps can be used as enterprise mobility solutions by controlling distinguished zones and receiving notifications whenever a device enters or leaves them. Instead of wasting time manually trying to keep tabs on your phones and laptops, the software can do the job for you.

SC Magazine says that this management device is “a powerful addition” to data loss tools and will help us manage “the explosion of the BYOD phenomenon.”

“We’re all accustomed to bringing our iPhone, tablet, or smartphone with us everywhere to access the information we want when we want it. (…) If a junior engineer can access your network’s inner workings while dining out, it is much easier for a black hat to do so.”

In the United States, the Department of Education says this headache is “the most common crime on college campuses,” according to Consumer Reports.

In fact, a Google Consumer Survey found that nearly a third of the students and graduates surveyed had broken or lost a smartphone or had their device stolen.

“Students become complacent and leave their iPhone on a table in the cafeteria or leave their room door open. It takes only eight seconds for a thief to enter an unsecured area and walk off with something,” FBI officials told Consumer Reports.FBI statistics show that both small and large colleges and universities in the country are vulnerable, and may range from urban to more rural campuses, from small, private colleges to large, public universities. In other words, it is not just your headache, it is everybody’s headache.

Geofencing is also presented as a huge solution to problems like the above.

Since geofencing apps provide a virtual geographical reference, they can be created in any location. They are cost-effective because you can just add a map, delimitate a fence, or a restriction on certain parts of campus or residence, and your app can monitor the location (neat, isn’t it?)

Because geofencing apps are amazingly customizable, working as multiple fences in several geographic locations, an IT manager can create personalized zones ensuring the right restrictions are in place.

Instead of wasting time keeping tabs on your phones and laptops, Prey can do you one better.

Do you know those collars that zap dogs if they leave a particular area? We don’t condone practices like that on animals, however, we do use a similar strategy for devices. Of course, you won’t get zapped, but you will always know your devices are where they should be.

These days, your devices or laptops aren’t just a means of communication. They contain your entire life, be it personal or professional. That’s a lot of data in one place, and keeping them safe is a hard task, especially since you usually won’t notice they’re gone until you can’t find them anymore.

Prey’s device tracking and data security software uses geofencing to monitor if your device is in permitted areas, prompting you with an alert if it has left the area, warning you that something is wrong. Just like the dog, only in a more humane way.

Thanks to Prey’s GPS technology, which allows you to track your devices in real-time using mobile data or Wi-Fi, we can confine your devices to a closed area, empowering you as the owner.

Since a geofence is an area or perimeter on a virtual map, GPS tracking gatherstells us in real-time data when a device goes in or out of the established perimeter.

Here are some visual examples of how that works:.

Below is a classic example of a single-point geofenced area.

The most simple type of geofence is a perimeter around a specific point. The diameter can be small –like a house– or several miles wide –like an industrial operation.

However, it’s also possible to connect several points on a virtual map as you can see here:

You can also see how geofencing can work on …or a specific route. The New York public transportation system uses geofences to show bus locations in real-time:

Some of these use cases are pretty simple. But some highly complex industrial applications with great potential are starting to surface.

If real-time tracking of people or things is critical to your business, setting up a few geofences might be what you need. Learn how you can follow your devices' tracks from the comfort of your chair.
Start scouting