From busted criminal gangs, to snitches. Our community, the Preyans, have all kinds of stories with Prey. Lets take a look at our user’s craziest stories with Prey, tracking their stuff back and fighting crime altogether. 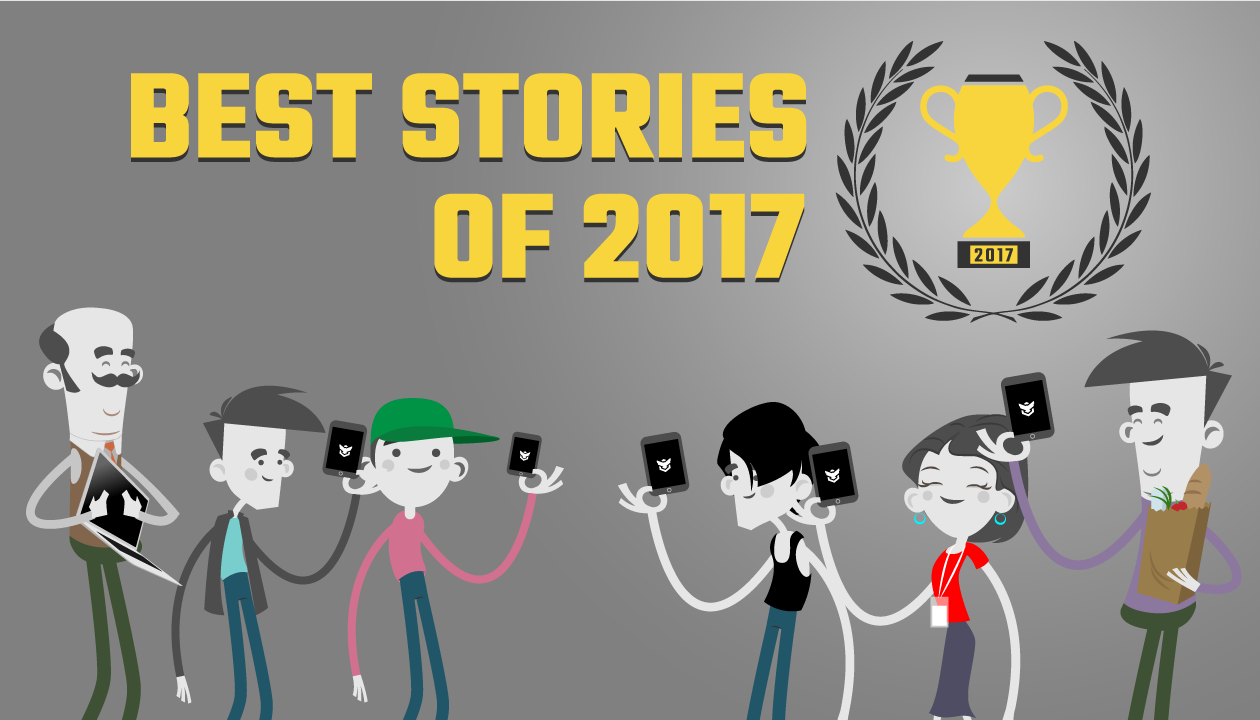 Adios 2017! Time to look back at our user’s craziest stories with Prey, tracking their stuff back and fighting crime altogether.

From busted criminal gangs, to snitches. Our community, the Preyans, have all kinds of stories with Prey. Like that guy who left his phone in the freezer, or the one who drank a bit-too-much and forgot his phone at a bar. But today is hero-story time.

Those who fought back. Those stories in which the thieves said: I fought the law, and the law won.

Movies taught us that there're certain codes between thieves, but this story tackles the theory. This adventure's hero, a DJ from Nicaragua, had a rough night after his car was broken into and his work laptops were stolen.

Prey came to aid with a quick first report and a suspected location where the device was being held at the time. On his way back home, this daring Preyan took a trip and scouted the location, and with a little investigation, he figured out the names of the culprits and found their social accounts.

The best part isn't the super-fast action of the police, who raided the place and recovered his laptop... The best thing is that the thief actually snitched on his partner and revealed where the second laptop was being hidden. Double recovery, double catch, and double payback!

There are great stories, and great stories. The kind that make us super proud of how amazing our users can be when standing up against theft! This case was a year-long recovery! Lost in 2016, retrieved in 2017.

We all work hard for our gadgets, and that makes us work even harder to protect them: Our lonely ranger had bought a new laptop and secured it with Prey, knowing he would move it about quite often from home to work. But a few days later fate struck down hard and his home was broken into; among other things, they took his new laptop. The break in was reported, but the computer's beacon didn't shine a light. And as months went by, our user started to lose faith.

Fast forward to almost a year later, the laptop became active again and Prey gave notice! The first Missing Report arrived. Our user was super excited about it. In his own words: "Got to say I played around for a few days, collecting information about the suspects and thinking about how I would take aaaaaaall that to the police. And I did!". The police ended up catching a whole gang of thieves that had been causing trouble in the city for a long time and breaking into multiple houses. What's more, it was quite an event!

These ruffians were such trouble that when they caught them, the police delivered the news to the user's entire hometown. Plus, they gave him his laptop back (which he then used to write us back with his story!).

This year's top story comes from a CSI worthy user. Really, Liam Neeson would be proud of this Preyan and his ability to overcome hardship! Hell, this user didn't have Prey installed when his laptop was stolen.

Two weeks after his house was broken into, this user noticed his stolen laptop was back online and decided to pull off a stunt that took his recovery chances from zero, to 100%. Not only did he gain remote access to his device, but he also managed to send, install, and configure Prey on his laptop.

Resourcefulness goes a long way, especially when the nasty thieves that took his laptop didn't notice that Prey was installed there, tracking their shenanigans. However, they did notice he was remotely working on the computer and terminated access.

Apparently, they thought that was the end of it! They underestimated Prey's CSI-trained user, and failed to take further action, like wiping the computer clean.

Because of their overconfidence, Prey worked silently right under their noses for almost three weeks. During that time our user managed to gather screenshots and locations from Prey's missing reports. He hit the jackpot with a clean shot of the thieves' home address from a Google Maps browser tab.

After his successful cold-war spy move, our badass user called his previously assigned police officer and sent him all the data. That very same day, he got his computer back and wrapped up a great recovery story.

Let's give it up for our amazing users, you make us proud! And an honorable mention to the one guy who tracked his phone down to his home's freezer, it happens. You already know where to find it and it will be quick. Why not give it a try?
Take me there